Geelong Youth Engagement is governed by a voluntary Board of Directors, representatives of a cross section of community interests, including industry, commerce and the professions.

Giving freely of their time, the Board Directors contribute a wealth of business knowledge and experience. 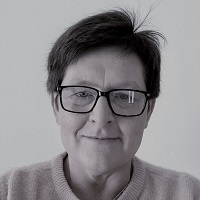 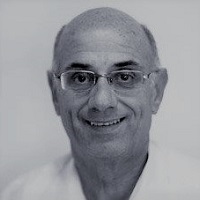 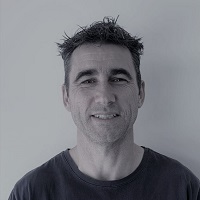 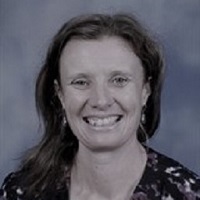 Bernadette is the Executive Manager of Bethany Community Support, a role which she has held for the past nine years. With a Bachelor of Education and Social Work, she has over thirty years’ experience in the social welfare field with much of that time working and managing across the community health, child, family, complex needs, and domestic violence sectors.

Bernadette has always remained active in local community and has engaged in many environmental and social justice campaigns. Ensuring under resourced communities are better represented underpins her representation in community activities.

‘Providing young people with access to high quality education, employment and social connections is critical in altering a series of negative outcomes. The Geelong Youth Engagement has consistently demonstrated that by engaging with young people in these areas, it has changed lives. It is an incredible program.’

Robert has a long established business connection to the Geelong region starting back when he joined the family’s wholesale fruit and vegetable company and then establishing Costa Asset Management with his brother Anthony.

Robert has always had a strong link to the Geelong community through his involvement as Director on numerous boards including Barwon Health Foundation, Anthony Costa Foundation and Wheen Bee Foundation as well as being a past Mayor of West Geelong.

As an inaugural mentor participant on the 2013 Geelong Kokoda Youth Program, Robert has been an integral advocate of the program and contributed greatly to the growth and success it is today.

‘When we realise that for very many young people, a bit of support at the right time can create real opportunities in their lives, it is easy to see that GYE is the ideal platform to deliver that support and make a real connections for everyone involved.’

Aaron is joint founder of local apparel retail and wholesale company Stage Two which was established in Geelong over 15 years ago with now over 50 retail stores trading as Edge and Elm Lifestyle throughout Australia and New Zealand. Stage Two employs many local staff with its head office, warehouse and multiple retail stores based in the Geelong region.
Educated at St Joseph’s College, Aaron has always been involved in local sport and is an active member and volunteer of junior sporting clubs.

Stage Two have been a major sponsor of the Geelong Kokoda Youth Program for the past seven years sending several staff each year to be mentors of the program, along with supplying uniforms and equipment for the trekkers as well as supporting local Papua New Guinea villages on the track with clothing.

“After being lucky enough to be involved with the Geelong Kokoda Youth Program for the past seven years including walking the track on three separate occasions, I have experienced first-hand the great outcomes for the young people. G.Y.E allows this important work to continue along with new initiatives where our young people are supported, educated, and encouraged to be better. G.Y.E is about making a difference. What an opportunity!”

In recent years Fiona has completed her master’s in educational leadership. Fiona’s career in education started at Casterton Secondary College where she was employed as a Physical Education and Science graduate teacher in 1998. Fiona studied a Bachelor of Education – Physical Education, at the University of Ballarat and grew up in Port Fairy.

Fiona has a love of sport, physical activity and health and always kept herself busy and heavily involved in community sport in years gone by as a player in both basketball and netball and more recently administration executive roles. Fiona is the Vice President of School Sport Victoria and also volunteers on the board of the Sweethearts Foundation as she have a keen interest in music and the arts and is passionate about the opportunities this program offers for young women in the music industry.

‘I value any program that provides opportunities for Geelong’s young people to reach and explore their potential. As an avid supporter of the Geelong Kokoda Youth Project since day 1, I have formulated a belief that as a community we need to reach out and support our kids to unpack the obstacles and speed humps that they face on a day to day basis. To support them to be optimistic, not just positive as life is not always perfect and positive. Optimism is a belief that you can find a way forward and to learn and develop strategies to deal with the highs and lows of life and to learn the skills needed to manage and cope when things do go wrong. G.Y. E’s core business is all about learning these skills around resilience and optimism whilst ‘managing hard things” and that is why I am so passionate about the program.’ 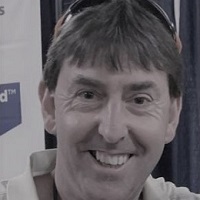 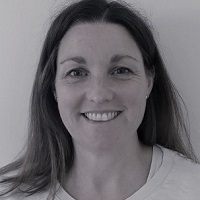 It has been his years in the police force that has driven him to have an impact on young adults who are facing challenges and help them improve their futures which will keep them out of the justice system and also positive influence their surrounding communities.

‘Whilst I have performed many various roles within Victoria Police over the past 32 years, the past 14 years I have been actively focused on creating better outcomes for young people in our community. Throughout this time I have worked with hundreds of teenagers and their families who have faced some serious challenges in their life and am very proud to have provided support and guidance and to watch their growth and development into adulthood.’

Kelly has spent over 20 years in the wholesale and retail apparel industry specialising in international production, buying and retail planning with extensive travel to countries such as China and India.

Kelly’s involvement with Geelong Youth Engagement began as a mentor on the Geelong Kokoda Youth Program in 2017. Taking on a volunteer role in 2020 Kelly has since studied Youth Services and is now the GYE Program Coordinator.

“I felt very privileged to be a mentor back in 2017, building relationships with the young people and other mentors over the 12 months of the program has given us a connection for life. To see the young people’s confidence and self-belief grow over the course of the program and then flourish while walking on the trek is unbelievable. I am looking forward to what else the GYE can do for the youth of Geelong.”

Sam recently owned her own Real Estate business for the past 17 years which she recently sold to follow her dreams and passion in the Health and Wellness industry and to help people in need. Sam lives down the Coast with her husband and two young children, they are a very active family, always doing some kind of sport and going for hikes on the beach. Their downtime is travelling in their caravan, exploring this beautiful country, and getting back to nature.

Sam was a mentor in 2018 for the Kokoda Youth Program, since then she has always been involved in the program and is now employed as a Program Administrator for Geelong Youth Engagement.

“Majority of my working life I worked in a demanding and high-pressure industry where I learnt a lot about myself and people in general. After completing Kokoda in 2018, I felt it was time to follow my dreams and passion and to give back to the community and help people in need. I saw how the program changed the kids’ attitude and made them become more resilient and confident. I feel very blessed that I was involved in the Kokoda program, I was fortunate enough to meet so many amazing people which has now formed into lifetime friendships.” Peter Hitchener began his career in the mid-1960s at 4BH Brisbane and the ABC radio and television network; Peter joined the Nine Network in 1973 presenting news in Sydney and, moved to Melbourne in 1974 to join the news team. In 1998 he was appointed chief presenter of Nine News Melbourne on the retirement of Brian Naylor.

Peter Hitchener OAM is a supporter of a range of charities and animal welfare groups and is a proud patron of GYE.

Peter has supported Andy Britain’s youth work in Geelong for many years and is proud to be a patron of Geelong Youth Engagement. Peter believes GYE will further Andy Brittain’s already successful efforts to support young people achieve their goals, while also promoting road safety in a separate initiative.

Livinia has worked at Channel 9 for 22 years on a variety of television shows, including 9News, Getaway, Hey Hey It’s Saturday, Today, Carol’s by Candlelight, National IQ Test and Temptation, while also involved in radio program for TT-FM, Nova, 3AW and Magic 1278.

Livinia is an ambassador for World Vision and Brainwave and excited to take on the role of Patron for Geelong Youth Engagement.

‘It’s imperative that we all look after and help the next generation of young people, so they can thrive and be happy.’

Tony began his lengthy broadcasting career in regional radio newsrooms, before moving to Melbourne’s 3AW. In 1986, he joined the Nine News team, where he now presents sport and Nine News Melbourne during summer. Tony hosts The Sunday Footy Show and is a presenter on the Nine Network’s Australian Open coverage. Tony Jones is also heard as Neil Mitchell’s fill-in on 3AW.

Tony has been a supporter of Geelong youth initiatives headed by Andy Brittain and was delighted to accept an opportunity to be become a patron of Geelong Youth Engagement. 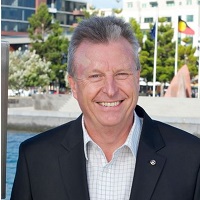 Keith’s family business of Fagg’s Mitre 10 is a well know entity in Geelong in which Keith first began working in 1969 as a school student and is still involved today as a Board Adviser.

Not only has Keith been involved in the family business but has also held positions with the Victorian Chamber of Manufacturers, Uniting Church in Australia, and Australian Resources Development Bank.

Keith’s involvement in the Geelong community is unquestionable, awarded OAM for service to the Geelong Community in 2018.

A past Mayor of the City of Greater Geelong; having long been involved with the Rotary Club of Kardinia as well as involvement on the boards of The Salvation Army Geelong, Samaritan House, Geelong Advertiser Music Trust, Read the Play Board, Northern Bay College Challenge & Hope Bereavement Care Inc.

Keith has been a supporter of the Geelong Kokoda Youth Program since the beginning and been integral in the growth of building into Geelong Youth Engagement.

‘Working alongside, encouraging and building up young people of Geelong, especially for those at risk, is one of the most fundamentally beneficial things we can do not only for those young people themselves but also for our whole community.’